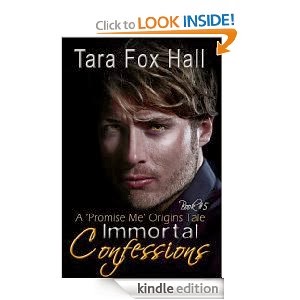 Rating 5 STARS
At the turn of the 19th century, former aristocrat turned lowly vampire Devlin Dalcon gets by on his supernatural charms until he meets bride-to-be Annabelle. Smitten by Anna's forthrightness, intellect, and bravery, Devlin risks his life to spirit her away to . There Devlin begins his ascent to power in a desperate bid for wealth and social standing for himself and Anna.

I should have hated Devlin Dalcon.  He killed many without hesitation, mourned the loss of few.  He was evil in so many ways.  Sometimes he would do something so heinous I’d think he was nothing but evil. He was so matter of fact about these things that my skin crawled.  However, his deep love for Anna redeemed him for me.  All the awful things he did seemed necessary somehow.


Devlin’s life seemed to be going nowhere and stretched out endlessly before him until he met Anna.  She captivated him and they began a love affair that traversed time and trouble and turmoil.


Devlin added others to his life besides Anna.  Uther, a werebat, became a trusted ally and friend.  Quentin, another vampire, was his financial adviser.  Rene, the witch, was an enigma that Devlin didn’t understand but he accepted her aid.


The vampire world was dark, captivating and adventurous.  I never knew what was going to happen next or who was going to be friend or foe.  I love it when a book keeps me guessing like that.


Sometimes, I thought Anna was little more than a sexual slave.  Her spirit that she showed at the beginning of the book didn’t last long.  After a while, her will came back to her and she made a few decisions for herself.  Some were good and some not so much.


I also learned about a lot of new creatures, at least they were to me.  I didn’t know that Weres came in anything but wolf form.  I learned some things about demons and witches.


Also Devlin made it clear that some of the “facts” we know about vampires are just old wives’ tales.


I thought I was done with vampire books. “ Been there done” that but Immortal Confessions changed my mind. I really enjoyed reading this book and I was so disappointed when I came to the end.  I will definitely read the rest of the series.


If you are a prudish or shy type, the sex scenes may be a bit much for you but otherwise I think anyone would enjoy this story as much as I did.
Posted by Unknown at 4:00 AM