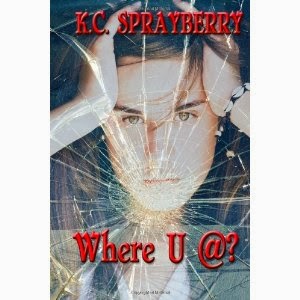 Trea, a quarter Cherokee girl, has a rotten life.  Her father bailed on the family and her mother got obese and her granny fights with her mom all the time.  Her mother owns a crappy little house, eats candy by the ton and even entertains a few “gentleman” callers.
School isn’t any better.  A trio of girls make Trea’s life a living hell.  She tries to avoid them but it is almost impossible.


There is only one light in this dim existence and that is her boyfriend, Dave.  Dave is what every girl dreams of.  He’s the quarterback on the football team and smart enough to get into Harvard.  His family is rich but he is modest.  He is kind and caring of Trea and she loves him truly and deeply.  But she doesn’t ever ever want him to see where she lives.
A “chance” encounter with Dave’s family and their generosity to her finally make her break her resolve and she lets him take her home.


Everything changes with the sudden reappearance of her deadbeat dad and he gets a job under a false name and even tries to hide a whole other family!  Trea is devastated and doesn’t want anyone to know about that either.
When Dave is involved in a tragic accident, Trea feels like her emotional support has disappeared but she underestimates herself and the group of people who have come to love her.
Deadbeat dad and her mother disappear and Granny changes the way things are run at home and suddenly, things are looking up.

I really liked Trea.  She had the conflict of home and school.  She was surrounded by jerks but she took refuge in her relationship with Dave.  I was glad she finally was able to take control of her own life.


Dave was the perfect boyfriend who really understood Trea and her insecurities.


The adults in the story were not as well written though.  I thought they seemed too broadly sketched.  Trea’s mom and dad had no redeeming qualities.  They reminded me of cartoon villains.
Dave’s parents were too good to be true.
Granny’s swift change of heart after the parents took off was heart warming but a true 180.  I was curious to know where she got all the money to take such good care of Trea.


In spite of its flaws I enjoyed the story of Where U @?  It kept me engaged mainly because I was hoping for a good ending for Trea and I was not disappointed.
Posted by Unknown at 4:00 AM